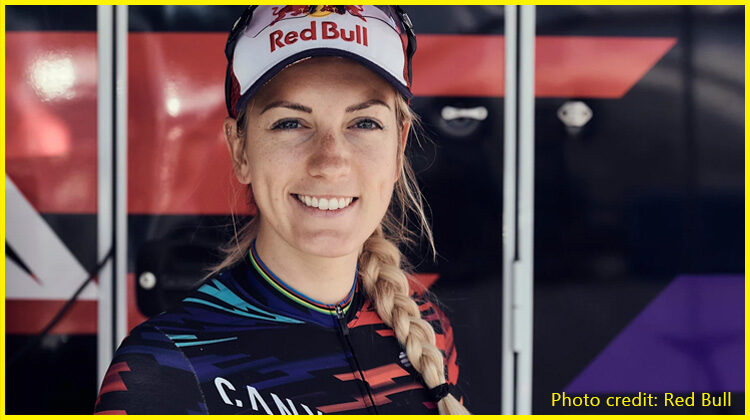 CyclingNews.com’s Kirsten Frattini spoke with Pauline Ferrand-Prevot, the French multi-discipline world champion cyclist, about the five most significant races of her career, and how each changed her life.

Her road to success, however, hasn’t always been smooth. She missed a time trial world championship by five seconds. She’s fallen and crashed in races. In early 2019 she had surgery to correct narrow veins in her legs that caused constant pain. Pauline persevered through it all, and is looking ahead to next year’s Tokyo Olympics.

“If you want to be a champion you have to train hard” is the quote that appears on her RedBull.com athlete page.

Read the full interview with Pauline Ferrand-Prevot at CyclingNews.com.

What Can We Help You Find?

“From Start to Finish” e-Newsletter

Want to Start Your Own Journey?

But you think you’re too old, overweight, or out-of-shape to become a cyclist, runner, fast walker, or triathlete?

Join with other women just like you over at SlowpokeDivas.com where the focus is on possibility, self-realization, busting up preconceived ideas, and enjoying a healthy, active lifestyle.